A Complete Overview of Hassan 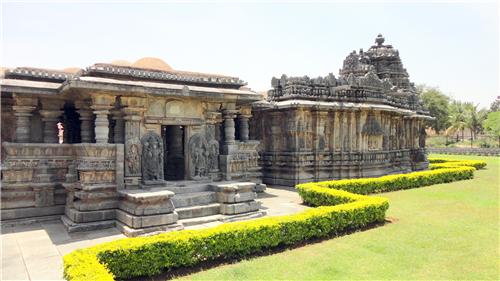 Hassan, one of the 30 districts of Karnataka state of India, is located around 194 kms from the state capital Bangalore. This district achieved its epitome of glory during the reign of Hoysalas, who had their capital at Dwarasamudra, the modern day Halebeed in Belur Taluk. Hassan is itself the city and the district head quarter. The district covers an area of 6845 sq.kms with a total population of approximately 17,76,421. This is a must visit place for all in the want of complete peace and enchanting natural beauty.

The city has a literacy rate of about 79% and houses some of the best schools and colleges in the state, like the Malnad College of Engineering, Sri Dharmasthala Manjunatha College of Ayurveda.

Hassan is a treasure-house of Hoysala architecture and sculpture, the best of which can be found at Belur and Halebeed. Shravanabelagola, in Channarayapatna taluk, is a renowned pilgrimage place for the Jains.

Origin Of The Name of Hassan

Founded in the 11th Century by Chieftain Channa Krishnappa Naik, the city is named after the Goddess "Hassanamba" or “Hassan-Amma”, traditionally meaning the smiling mother or goddess. As per Sthalapurana, the name 'Hassan' is an abridged form of 'Simhasanapura', a place associated with Janamejaya, the great grandson of the Pandava hero Arjuna.

Hassan’s ancient history starts as early as 300 BCE (Before the Common Era), when it was a part of the Mauryan Dynasty. During 3rd century BCE, sage Bhadrabahu resided here along with his followers, thus bringing Jainism into Karnataka. It is believed that great king Chandragupta Maurya was a disciple of Bhadrabahu, hence the Chandragupta Basadi or monument still exists today.

Later during 350 - 550 CE (Common Era) Hassan was ruled by the Ganga of Talkad. The Gangas initially ruled as a sovereign power, before breaking their territory into two feudal systems namely Chalukyas and Rashtrakutyas. Shravanabelagola gained its importance as a religious centre at this era. Historians had discovered over eight hundred inscriptions including eighty from the Hoysala period, covering a period of 600 - 1830 CE. This has helped in understanding the ruling history of all the kingdoms over Karnataka. Inscriptions found are in varied languages like Kannada, Sanskrit, Tamil, Marathi, Marwari and Mahajani.

During 1000-1334CE, the Hoysalas came to rule Hassan. A clan of hill people originating from Angadi in Chikmagalur District, built a robust empire and made it reach its pinnacle. Today also one can embark in the glory of the extinct era by viewing the fifty or more Hoysala temples and inscriptions which speak of the administration of the Hoysalas, their land reforms, taxation and culture.

The Hoysalas were defeated by the Vijaynagar Empire, which later on gave way to the Mysore Kingdom.

The district is divided in 8 Taluks or Blocks, namely Hassan, Alur, Arkalgud, Arsikere, Belur, Channarayapatna, Holenarasipura, Sakaleshpura.There are 258 numbers of Gram Panchayats and 2559 numbers of Villages. As per official Census 2011, the total population Hassan is around 17,76,221 of which male and female were 883,667 and 892,754 respectively.


The overall climate is of tropical savannah and hence is mostly dry. It is advisable to wear light cotton apparels during summer to beat the oppressive heat. In winters, some light woolens and pullovers are a doable, as Hassan do not experience severe cold.

The district is administered by the District Magistrate. The SP office has taken an initiative and has created a blog with a purpose to give authentic and official information about the police activities in the district. The Zilla Panchayat also called Zilla Parishad, came into existence on March 1987. This was made for implementation of the decentralized planning and programme at the grass root level.

Hassan has a network of broad gauge railways to Birur, Bangalore and Mysore. In February 2006, the Bangalore-Shravanabelagola new broad gauge line has started. The city is well connected by private bus service and also has a huge government bus terminus operated by Karnataka State Bus Transport Service(KSBTS), connecting all major cities across south and west India. The nearest airports are in Mysore(115 km) and Bangalore (187 km). NH 48, connects Bangalore with Mangalore port and passes through Hassan.

Hassan, being a small old district of Karnataka, has grown in itself to match with the present World, while holding onto the ancient rich art and culture.