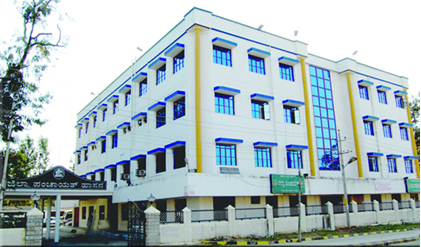 Hassan, one of the 30 districts of Karnataka, is administration wise divided into eight Taluks or blocks, 38 Hoblies & 2369 Villages. The taluks are namely, Alur, Arkalgud, Arsikere, Belur, Channarayapatna, Hassan, Holenarasipura (H.N. Pura) and Sakleshpur.
The overall law and order of the district is looked upon by the Deputy Commissioner & District Magistrate. The office is located at the heart of the city, so that it becomes easily accessible by every common man. The Deputy Commissioner is the functional head of the district, and he is looking after the grievances relating to various issues like Land, Licenses, and Compensations etc.

The District Commissioner gets help from the governing members of the Zilla Panchayat, Taluk Panchayat and Gram Panchayat which are formed during the Panchayat Raj Act, 1993 to cater to all levels within the district. 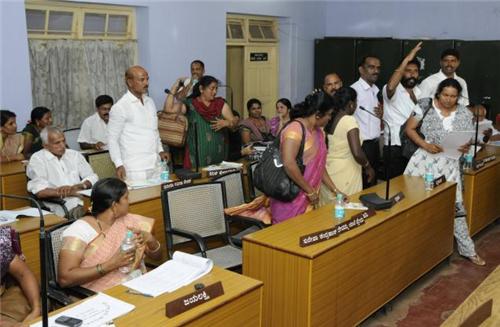 Zilla Panchayat- In March 1987, after the decentralised planning and programme implementation at the grass root level, Zilla Panchayat came into existence. The panchayat is headed by Chief Executive Officer whose rank is almost parallel to the District Deputy Commissioner. He is appointed by the State Government, and looks after the entire administration, planning, development and accounts of all Zilla Panchayat departments. This Panchayat prepares budget for each financial year, monitors the progress of rural development and prepares periodical reports for the State Government to assess.

Taluk Panchayats are the Taluka level intermediate tier of the Panchayat Raj Institutions. Each taluk has got an executive officer who is heading the Taluk Panchayat, and who eventually reports to the CEO of the Zilla Panchayat.

Gram Panchayats form the lowest tier of the Panchayat Raj System, who is looking after the civic responsibilities of each of the 2369 small villages within the district. They also have the independent taxation power.

The political body of the Zilla Panchayat is a group of 40 members headed by the President, followed by Vice-President of the district. The role of these members are to look after the infrastructural facilities such as roads, bridges, drinking water facilities, dispensaries, vet, hospitals, schools etc. of each taluk, hoblies and villages. They pass resolutions favoring public interest which in turn gets planned and executed by the CEO of Zilla Panchayat.

To bring transparency within the working of the Panchayats, a portal has been formed by the government, where one can find a snapshot of all the progress done by the working departments.
The portal address is: https://stg2.kar.nic.in/gpportal/

Different government departments actively work for the betterment of the Hassan district. They are as follows;

Agriculture department- This department has divided the district into 4 Agro Climatic Zones with a total cultivable area of 4.48 lakh hectare. To support irrigation within the district four reservoir projects have been formed in Kaveri basin Hemavathi, Harangi, Vatehole & Yagachi. They work with an objective to increase the production & productivity of the agricultural crops, which will help in getting increased income and ensure food security to the farming community.

Animal Husbandry- Various Veterinary Hospitals and Mobile Clinics are being formed by this department with the undertaking of the Zilla Panchayats to treat and control animal diseases. Many poultry extension centers have been formed to rear the Giriraja birds in Hassan. The department has also taken initiatives to create and maintain deep burial pits and sharp pits in 204 veterinary institutions of Hassan.

Horticulture- Karnataka pioneered the Horticulture department in the entire India and Hassan, is one of the forerunner districts of Karnataka to have a separate department for the same. The Department of Horticulture has developed several schemes and programs to assist the farmers with the production and productivity of Horticulture crops. They have established new gardens, nurseries, protected cultivation and adopted organic farming.

Social Welfare- This department encourages students in the district to do higher studies. The government has sanctioned Scholarship to students with family income of less than 2 lakhs yearly.
Few other welfare departments catering to the population of Hassan are namely, Fisheries, Watershed, Women and Child Welfare, RTO and Land Army.

The SP office of the district has taken an initiative and has created a blog with a purpose to give authentic and official information about the police activities in the district. 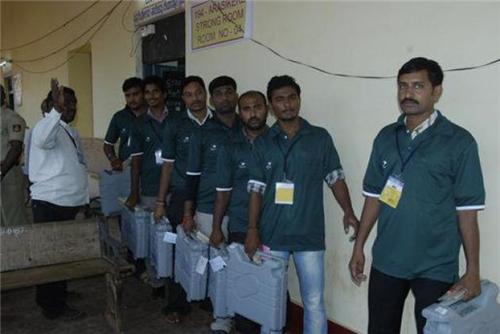 The district administration is trying to increase the awareness on voting rights among all the villagers and backward classes in Hassan. They have set up Systematic Voters’ Education and Electoral Participation (SVEEP) Committee headed by the Zilla Panchayat CEO along with Anganwadi and ASHA workers with an aim to survey the district and enhance turnout in the current Lok Sabha elections.

Some Important Dignitaries of the District