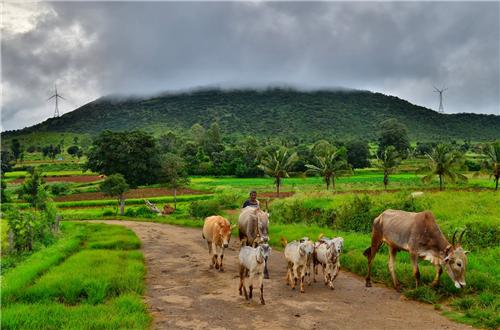 Hassan is one of the 30 districts of Karnataka, located in the South-Western part of the state. Approximately at around 194kms from the state capital Bangalore, this district achieved its epitome of glory during the reign of the Hoysalas. Their capital was at Dwarasamudra, the modern day Halebeed in Belur Taluk. The main city is also named Hassan and is the district head quarter. 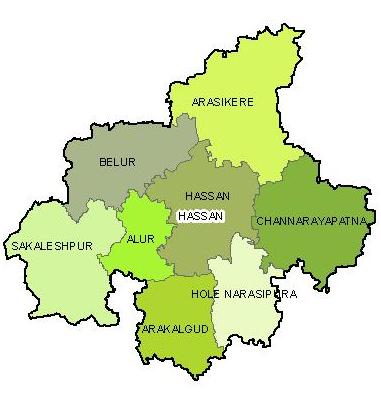 The district is divided into 8 Taluks or blocks namely Alur, Hassan, Channarayapatna, Belur, Arkalgud, Holenarasipura, Arsikere, and Sakaleshpura. There are 258 numbers of Gram Panchayats and 2559 of Villages.

As per the provisional data released by Census India 2011, the population density of Hassan district is 261 people per sq. km.

The district can be topographically divided partly in the southern tract and majorly as the "malnad" tract (hilly areas). Considering the general climate and rainfall patterns, the district has been divided into three regions: 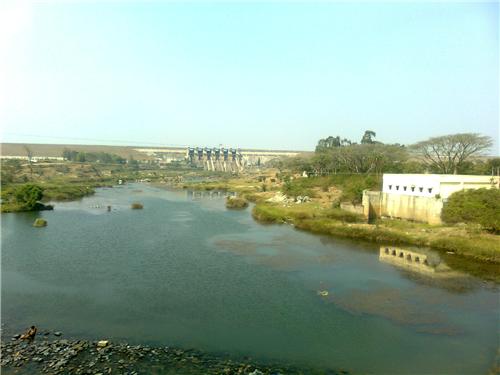 Hemavathi is the main river flowing through the district. The river flows from the western ghats, while south eastern part is along the bed of river Kaveri. Hemavathi passes in a southerly direction through Holenarsipur Taluq and joins with the Kaveri river near Hampapura, situated at border of Hassan district.

While it is advisable to wear light cotton apparels during summer to beat the repressive heat, winters are pleasantly manageable with some light woolens and pullovers, as Hassan does not experience severe cold.

Hassan and Belur respectively stand around 3,084 feet and 3,150 feet (960 m) above the sea level. The district is surrounded from north-west by Chikmagalur District, north by Chitradurga District, east by Tumkur District, south-east by Mandya District, south by Mysore, south-west by Kodagu District and west by Dakshina Kannada district.