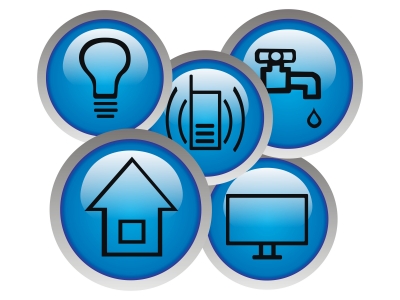 With the growth of the population of any place, it becomes imperative to make the correct and adequate utilities available to support the requirements of the population. Hassan has grown from a small district of historical importance to an important SEZ zone of the entire Karnataka state. Hence the need for round the clock utilities like ATM, 24 hour pharmacies, on call cab services, hospitals etc. are ever increasing.

Karnataka is considered as India’s one of the fastest growing states, with strong industrial development and a vibrant economy. Within the span of 2007-2012, Hassan has grown from an agro based economy and has diversified into different other industries like Textile, Pharma, Electronics, Dairy based units and IT & ITES. With this industrial and economic growth, various public utility services have been adopted by the state government as well as private players, leading to the betterment of Hassan district.

Hassan Institute of Medical Sciences, an autonomous institution of the Karnataka government in affiliation with the Rajiv Gandhi University of Health Sciences was built in 2006, to cope with the ever growing health crisis of the district. This institute is presently helping Hassan with new doctors and has a multi facility hospital which helps the locals with all kinds of emergencies. There are small health centres in all the Hassan taluks which are coping with the day to day medical problems. Jeeva Raksha Blood Bank and ambulance facilities are available in the Hassan town to support medical emergency. C.S.I. Redfern Memorial Hospital, Dange Hospital, Hemavathi Hospital are few private hospitals providing good healthcare facilities to the district.

Being an important tourist place of Karnataka, Hassan has a wide variation of transport to suffice the visitors along with the residents. The district has a total of 15322 kms of surface roads along with NH 48 and NH 206 which connect different Taluks of Hassan district. The district is connected to the rest of Karnataka with NH 75 and NH 48 directly connects Hassan with Mangalore port. Karnataka State Bus Transport Service maintains a huge bus terminus which helps in operation of public and private buses. Local cabs/taxis and auto rickshaws are available for sight seeing.

Hassan is also the core of broad gauge railways connecting Bangalore, Mysore and Birur. Trains like Karwar Express, Kannur Express,etc. runs almost everyday between Bangalore and Hassan. In 2006, railways has laid down a new broad gauge line was from Bangalore to Shravanabelagola. The nearest airport connecting Hassan is Bangalore International Airport (KIA), which is about 187kms away. Hassan is expected to get its own airport by 2015.

Banking is a primary utility service provided by the government of any place to the locals, indicating the development process. Hassan district has an array of banks, both nationalized and private, catering to the public. Not only in the main town, but all the surrounding villages are getting benefited. Few co-operative banks are also in operation in the rural areas, catering to the poor villagers and farmers, thus reducing the risk of middle men and chit funds.

Many banks are providing mobile banking vans to reach all the places in the district which are inaccessible. Vijaya Bank, State Bank of India,  Nabard Bank, Indian Overseas Bank, Corporation Bank are some of the renowned banks having their branches in Hassan. ICICI Bank, HDFC Bank and Kotak Mahindra Bank are few of the private players operating in the district. Many ATMs have been set up for ease of access to the public.

Hassan is under the able governance of the Karnataka Fire and Emergency Services. As per 2011 announcement, Karnataka has got 168 fire stations including Hassan. The department owns rescue vans in all the taluks. However, the fire department in Hassan is struggling to keep up pace with the district’s growth.

Media presence in a place is important, as it helps the general people to be aware of all activities helping in a place’s growth. Few local papers present in Hassan are Janatha Madhyama, Prajavani Kannada etc. Vijaya Karnataka Daily is the biggest newspaper present in Hassan. Hassan as a district has adapted to change, which is shown by the presence of e-paper viewership in the district.

Hassan district has its own post office, whose H.O is in central Hassan city. Letter despatch and other important postal services are offered over here. The post boxes get cleared everyday.

Hassan is under the able administration of the Panchayati Raj, which was established in 1987. There are Zilla, Taluk and Gram Panchayats, looking after the different levels and strata of people in Hassan district and guiding them for a brighter future. Overall role of these panchayats are;

There are two BSNL Telephone exchanges in Hassan district. Along with telephone connections, BSNL is also offering Broadband services but only to some selected areas of the district. Airtel India Ltd. has set up few kiosk in the Hassan town who are helping Hassan residents with new private connections, DTH, broadband and customer servicing facilities. There are two Vodafone Mini stores in Hassan, helping the locals with mobile and internet connections.

Other Day to Day Services

Hassan people have few good movie halls, clubs and cultural associations for weekend entertainment. Some of the good theatres are Prithvi theatre and Sahyadri theatre. The clubs are generally a gathering of the urban class of Hassan, who sit over a drink and can relax. For students to hang out there are good bakeries, coffee shops and ice cream parlours around Hassan. Fine confectioneries supply cakes for any birthday celebrations. There are few standard fitness centres and health clubs for one to rejuvenate. Beauty parlours are there to pamper oneself once in a while.